Sir Ridley Scott is celebrated as a visionary director with films like Alien, Bladerunner and Gladiator under his belt. Over the last ten years, Scott has been extremely busy creating many films of different genres. Whilst these films are impressive in terms of scale and vision, they have been somewhat underwhelming in other dimensions, namely through bad writing, irregular plot holes and dodgy accents. We had a war movie in Black Hawk Down, two historical epics in the form of Kingdom of Heaven and Robin Hood, biblical epic Exodus: Of Gods and Men and of course Prometheus, his long awaited return to science ficton and the Alien universe (there are three more Prometheus movies in development. Three!). All found some way to disappoint despite the inevitable director’s cut of which Scott seems particularly fond of, indicating that the theatrical release is never the real version of the film he makes. Through it all, Ridley Scott is still celebrated as a director of vision. Actors still line up to work with him and he’s still making and producing a multitude of movies and TV projects in his late 70s. In that way you do have to respect him. Now if he could just make a decent movie again…

Luckily, The Martian may just be Scott’s best film since Gladiator.

Following in the wake of Gravity and Interstellar, the Martian is the next in the current cinematic trend of big space movies rooted in just enough scientific reasoning to appear plausible to mainstream cinema goers. Based on the bestselling novel by Andy Weir, The Martian tells the story of Mark Watney (Matt Damon), an astronaut and expert botanist who is stranded on Mars, after a freak storm forces his crew to make an emergency evacuation from the planet’s surface. When Watney awakes on the surface the next morning, with a hole in his suit and a fairly large rod sticking out of his abdomen he must stare certain death in the face and endeavour to harvest what little resources he can and ‘science the shit’ out of his unfortunate circumstances so he may re-establish contact with Earth and get back home. Somehow.

To paraphrase a recent Doctor Who episode, his chances of survival are a thousand to one. But one is all anyone ever needs. That and lots and lots of Duck Tape. The fix all, for all problems it would seem.

After Moon, Gravity and Interstellar, you’d be forgiven for thinking that the Martian is going to be similar fair – a tense and dramatic parable of isolation across the backdrop of majestic cosmological vistas, where mankind may appear small and insignificant but at the same time find some reason to exist by pushing the boundaries of progress through exploration and technological scientific achievement. The Martian is rooted in all that movie pseudo science, explaining the challenges ahead and each hair brained scheme to counteract these problems, like an episode of ‘How 2’ or Mythbusters with more swearing and explosions.

To stave off loneliness, Watney keeps a vlog explaining his predicament and his actions. This is the entrance for most of the film’s humour. The fact is, that The Martian is a lighter take on the whole space disaster genre. It is very much a comedy, that is genuinely funny in places despite the hopeless circumstances. Watney may be stranded on the red planet, and whilst that most definitely sucks, there has never been a better opportunity to dig out those vintage David Bowie records. There is never really any doubt that he’s not going to make it, especially when you get into the film’s more ludicrous climax.

Much of The Martian rests solely on Matt Damon’s performance as Watney, who approaches his hopeless situation with a can-do attitude and a sardonic wit when things inevitably go awry and out of control. Coupled with the immense expanded cast located both on the spaceship and back home at ground control, you have a story about the perseverance of the human spirit and the elation of great minds coming together to solve impossible problems.

In some ways it looks towards that utopian dream of Star Trek, where mankind is no longer divided by skin colour or financial means, but by progress to boldly go where no man has gone before. It’s not like Interstellar, where Michael Caine talks Matthew Maconaughy to leave his life on earth and his family by sending him through a worm hole on nothing but a lie and a provocative Dylan Thomas poem he is able to recite with hefty gravitas. The Martian is ultimately a feel good movie and it’s great cinema seeing all these people bring back Matt Damon!

The Martian has a huge cast, perhaps the biggest collection of dependable faces in recent memory. On the spaceship, you have Jessica Chastain as the no nonsense commander. On the ground you have Jeff Daniels, channelling his character from the Newsroom as the dry witted director of Nasa. Chiwetel Ejiofor plays a Nasa scientist desperately enacting plans to keep in touch with Watney. Kristen Wiig is the PR woman desperately trying to control public perception of the disaster. Donald Glover is a scatterbrain astro-physicist genius! Benedict Wong plays a laboured rocket engineer, no less capable of getting shit done!

Sean Bean is in this movie! And he doesn’t die by the end! There’s a reference to the council of Elrond from Lord of the Rings and he’s sitting right there! This movie is hilarious at times.

Naturally, they’re all here to work for Ridley Scott. Now at some points, there are so many people in this cast, some additions can’t help but feel underused, especially on the spaceship where you have Kate Mara and Michael Pena doing not much at all. In the end, the movie has to go between the three locations of Watney on Mars, Nasa on Earth and the remaining crew onboard the spacecraft Hermes, and the film has to switch between these three more often than is probably necessary. As a result the Martian is quite a long movie.

There are those who would suggest that space is nothing but disease and danger wrapped in darkness and silence and would probably prefer their space exploration movies to emulate this train of thought more precisely. Some may think that making an entire audience believe they could jettison from the surface of Mars in a rocket covered with nothing more than a tarp, a grossly misleading practice that diminishes the real work of Nasa and practical science. No doubt some will find The Martian grating, as him from Team America sciences the shit out of stuff to yell “Fuck you Mars!” like some common reddit commentator.

Just how exactly did this guy get to space in the first place?

The Martian may not have the philosophical weight of Bladerunner, or the claustrophobic space horror of Alien, but it is still Ridley Scott’s best movie in years. Some of the science may be sketchy in places but as it stands, it’s an enjoyable Maguyver esque sci-fi disaster movie with a fantastic cast, lots of humour and the promise, that when pushed – we humans can put aside our differences to achieve great things. The Martian is a massive fist bump to the sky.

Le underrated gem of the highest order. Harry Gregson-Williams created the score for the Martian and at times the restrained piano keys feel very similar to Clint Mansell’s work on the lonely sci-fi classic.

Virtually the same movie as Interstellar and superior to Interstellar in nearly every aspect (apart from the special effects). What? Come at me.

That other movie where a group must face great danger and overwhelming odds to save a one Matt Damon. I’d probably just leave him to be honest. It’s not like he’s going to make anymore Bourne movies, is he? 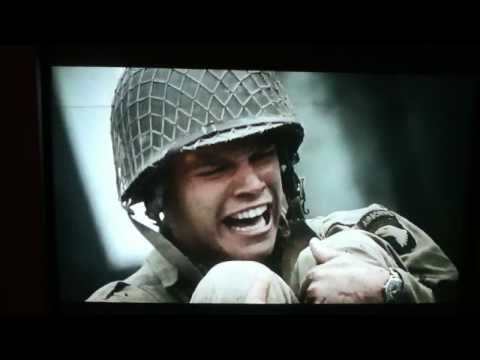 A two and a half minute clip that is muuuch better than Prometheus.

The villain from the Metroid series is called Meta-Ridley. Named after Sir Scott himself, Meta Ridley is a cyborg pterodactyl space pirate who comes with his own awesome theme music.